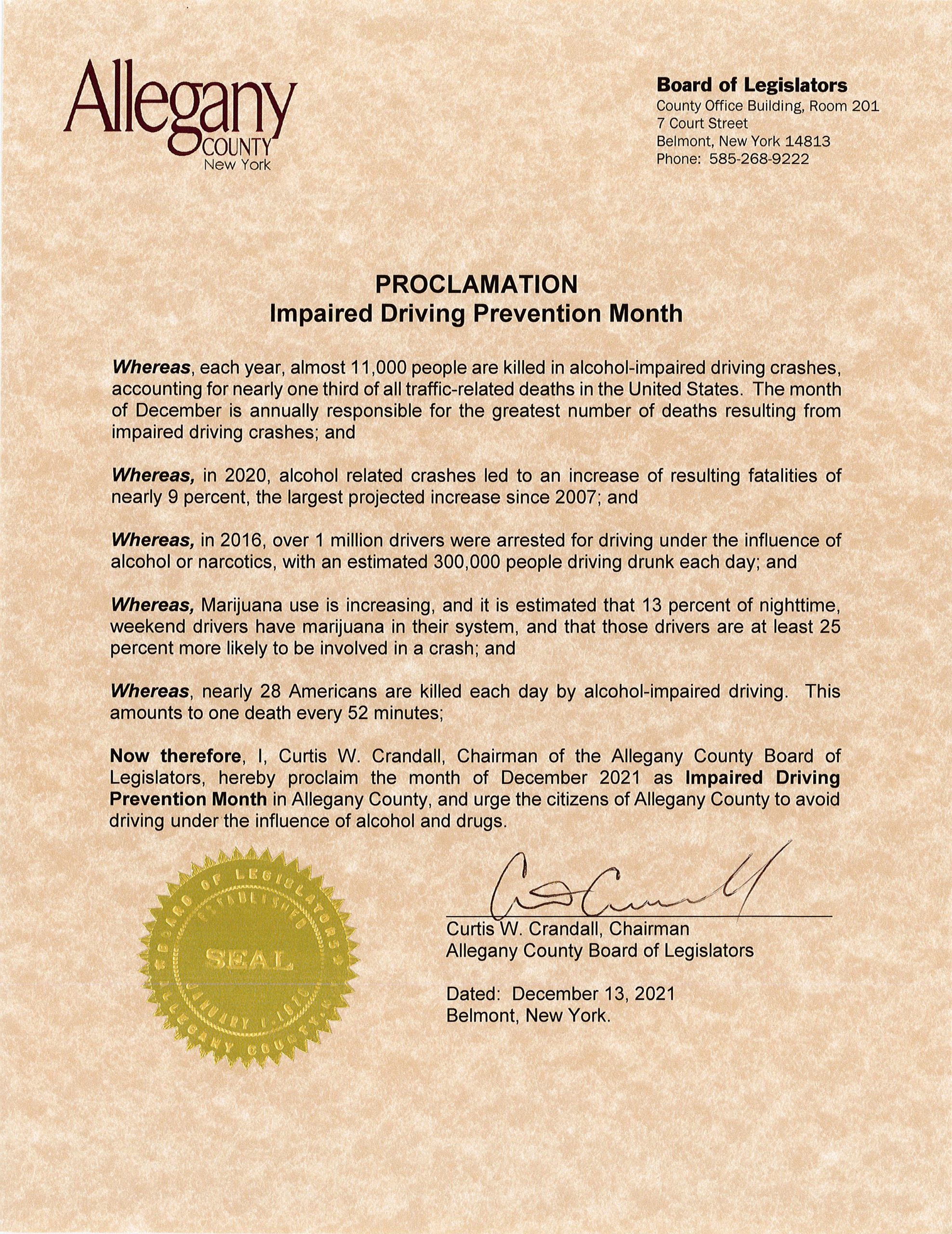 Whereas, in 2020, alcohol related crashes led to an increase of resulting fatalities of nearly 9 percent, the largest projected increase since 2007; and

Whereas, in 2016, over 1 million drivers were arrested for driving under the influence of alcohol or narcotics, with an estimated 300,000 people driving drunk each day; and

Whereas, Marijuana use is increasing, and it is estimated that 13 percent of nighttime, weekend drivers have marijuana in their system, and that those drivers are at least 25 percent more likely to be involved in a crash; and

Whereas, nearly 28 Americans are killed each day by alcohol-impaired driving. This amounts to one death every 52 minutes;

Now therefore, I, Curtis W. Crandall, Chairman of the Allegany County Board of Legislators, hereby proclaim the month of December 2021 as Impaired Driving Prevention Month in Allegany County, and urge the citizens of Allegany County to avoid driving under the influence of alcohol and drugs.

Allegany County Board of Legislators